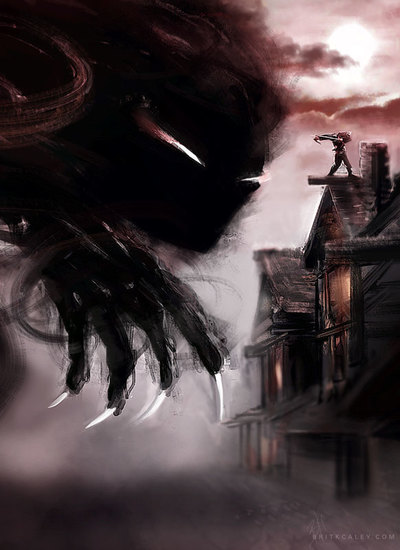 [Review] Banebringer by Carol A. Park

If you love interesting magic systems woven into epic fantasy, Banebringer will not disappoint. Carol A. Park has a dark imagination and a story to tell.

When I first heard about this book, it sounded like all of the things I love, especially with comments about it feelings very Sanderson-esque. The magic system is exactly that. Banebringers are Carol's version of Allomancers, each breed wielding their own form of magic while being alike in the aether that runs through their blood. When a banebringer dies, it tears an interdimensional rift that releases a bloodbane, demonic creatures with intent to kill. Even the names of the banebringers have a very Sanderson vibe: Moonblood, Sunblood, Bindblood, Beastblood, Weaveblood, Fireblood, Iceblood, Lightblood, Darkblood, Charmblood.

(slight detour; if you don't like blood, don't read this. If you didn't notice from the banebringer types, it is expanded in the bloodbane types: bloodwolves, bloodhawks, bloodcrabs, bloodsprites, bloodgiants, bloodspiders, bloodbats, bloodrats. They also use magic-enhanced microscopes to look at blood, and they do a lot of pricking of their fingers and arms.)

Anyway, beside the cool, well thought out magic system, the plot is strong as well. I do think it could have been a slightly shorter book if it were tightened up (it's nearly 600 pages), but overall, the pace moves along nicely.

Alright, let's talk about the reasons this isn't five stars for me.

The second is the ending, which can make or break a book. I would give the ending 4 stars with a few spoilery comments. [SPOILER] After all the build up, Gildas died way too quickly and it felt too easy. I thought his "resurrection" after his first death would have more significance, like maybe he was a vessel for one of the other gods, but it wasn't really explained otherwise. And second, the random friends sacrificing themselves to save Vaughn and Ivana for no real reason felt too convenient [SPOILER] But that is all opinion, and, overall, I felt like the ending was a satisfying conclusion to the story while leaving it open for more.

So, there you have it! A great story with an awesome magic system and plenty of strong worldbuilding. I definitely look forward to reading more from Park in the future.